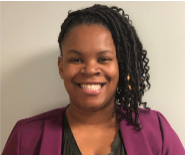 Monica Robertson, RN, BSN, is vice president of operations in Rogers’ Northern Service Area, including clinics in the Twin Cities and Wisconsin sites in Appleton, Kenosha, Madison, and Sheboygan. In her seven years with Rogers, Monica has served as a clinic RN in Nashville, where she provided critical support to the opening of the clinic in May of 2015 and has provided nursing leadership for many Rogers outpatient clinics. Monica was promoted to Director of Operations in 2017 and led the Nashville team in increasing access to care and expanding services to include new specialty service lines. Most recently she served as a senior director of operations for seven Rogers clinics. Prior to Rogers, Monica worked for HCA Healthcare in Nashville where she precepted graduate nurses, served as a charge nurse, and provided nursing supervision for admission and intake, PHP/IOP programs, and medical and psychiatric inpatient units. Monica earned her associate's degree in nursing in 2007 from Tennessee State University, her bachelor's degree from Cumberland University in 2014, and is currently enrolled in a Master of Healthcare Administration program at Trevecca Nazarene University with graduation planned in 2023.